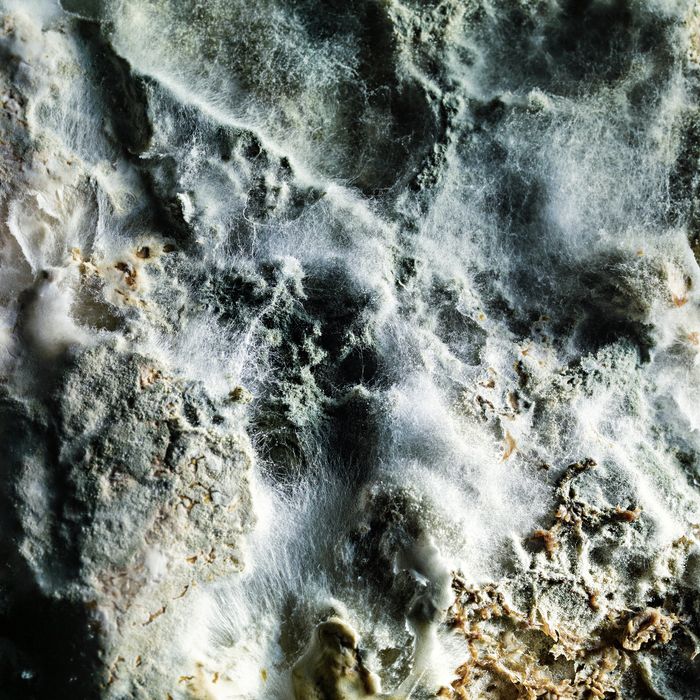 Sqirl is a restaurant in Los Angeles that is best known as a place where beautiful California people and tourists from Brooklyn have brunch. They do sorrel pesto brown rice bowls. They do a lot of different toasts. They do small-batch jam.

Before she opened Sqirl, in fact, chef-owner Jessica Koslow spent a year as a jam impresario, selling small-batch preserves at farmers’ markets. Now, there is a Sqirl jam subscription. Very soon, there will be a Sqirl jam cookbook. By all accounts, it is very tasty jam.

There is just one problem with the Sqirl jam: This weekend, self-described scientist and “food antagonist” Joe Rosenthal posted an in-depth Instagram story (“The Fungal”) in which “two former employees of Sqirl LA are saying that the house jam would regularly form mold.”

The allegations went on: The jam wasn’t cooled properly; it was stored in uncovered buckets in an illegal secret kitchen. “We’re talking about some buckets having like 1/4 inch of mold covering the entire tops,” one anonymous source told Rosenthal. Employees were told to scrape off the layer of mold and use the jam anyway. Like the mold, the story grew. According to Rosenthal’s sources, the mold was coming from the walk-in, which itself was moldy. The unsealed jam was just an opportunity, a cozy breeding ground for spores.

(Employees also contacted Rosenthal to allege other forms of toxicity within the Sqirl kitchen: not getting proper credit for their work, hiding from health inspectors, etc.)

Sqirl denies all of this, sort of. On Sqirl’s Instagram rebuttal (“Jam”), Koslow explains the mold only forms because the restaurant’s preserves contain so little added sugar. Any molds that develop, she wrote, are “the same types of molds that develop on some cheeses, charcuterie, dry aged beef, and lots of other preserved foods,” and were appropriately handled “with the guidance of preservation mentors and experts,” including a mycologist named Dr. Patrick Hickey. (The Washington Post, however, reports that Hickey “does not recall having ever met or spoken to” Koslow.)

Either way, it looks gross. For reference, here is a picture an employee sent Rosenthal of the moldy jam, which you can examine or not examine at your leisure. But is it? Copenhagen’s famed Noma offered its guests mold tarts for a while. Foods like salumi do tend to form mold — on purpose, even!

So, to help us make sense of this fungal crisis, Grub Street turned to Dr. John Gibbons, an assistant professor of food science at University of Massachusetts Amherst, and an expert on beneficial and detrimental molds. Here’s what he had to say.

I realized I don’t know what mold is. What is mold?
It’s a microscopic fungi. And there are thousands and thousands of species of molds and they kind of make their living by digesting things externally — we digest things in our stomach; they digest things externally. So they produce all these digestive enzymes that break down proteins and sugars and fats, they export them out of the cell, those enzymes break down the food, and then the mold absorbs all the nutrients once they’re in a good form for them to metabolize.

They’re really having a field day in that jam bucket.
But the problem with that lifestyle is that molds don’t exist in a vacuum. In the natural environment, there are all these competitors — bacteria, other fungi, other microscopic organisms in the soil. And so they’ve evolved this arsenal of metabolites called mycotoxins. And their whole function is to keep bacteria and other fungi away from the food source. Unfortunately, a lot of these mycotoxins can also make humans sick. That’s really the big issue with mold that’s growing on food: There could be these really harmful toxic chemicals.

But some molds are good, right? We like some molds — whatever mold is on dry-aged steak, for example. The mold in blue cheese. What differentiates a good mold from a toxic one?
That’s kind of the scary part, because some of them are so closely related that you can’t really tell them apart without looking into their genetics.

There’s an organism we study called Aspergillus oryzae. That’s koji. It’s used to make sake and soy sauce. And now there are all these cool experimental chefs that are using it to make koji fried chicken or to age meat faster. It’s really safe.

How do the people who make soy sauce know what they’re getting?
The thought is, oryzae is like a starter culture. If you do things safely in a food-production facility and everything is processed correctly, and you’re getting your koji from a good supplier, there shouldn’t be an issue because you pretty much don’t find it in nature. The wild stuff is the toxin producer.

So when mold is desirable, what’s it doing? What’s its contribution?
Most of the time that we use these, we’re using them to digest some of the food, whether it’s a protein, a fat, or a carbohydrate. The way you make sake, which is rice wine — you have your cooked rice, and you add the koji spores to it. When the mold is growing, it’s producing this carbohydrate metabolizing enzyme called alpha-amylase that breaks down all the starches — and rice is primarily starch — into sugars. Then the yeast eat the sugar, which makes alcohol.

And when it’s not on purpose, how does mold end up on food?
Mold spores are incredibly buoyant. They’re incredibly light in most species. There’s an estimate that we inhale 50 to 100 Aspergillus spores per day, just walking around — they’re everywhere. And they just wait until the conditions are right to start growing.

So you can imagine when the spores find their way to a jelly or a jam that’s not stored well, they’re really happy. You’re in a warm condition, which most molds grow better in, and then you have this really great high-energy, high-sugar substrate to grow on.

They were just lurking in the air, waiting for this moment?
Probably, yeah. Exactly. Most spores can hang out for years before they lose their potency. It’s a waiting game.

From what I’ve read, it sounds like that’s what happened at Sqirl: The spores got into a cooling system, and then blew all over the place.
I think that can be pretty common. And it only takes one spore landing in the right place.

Okay, so are there different types of mold that grow on different types of foods? Like, bread is prone to one type of mold, but cheese is prone to another type of mold.
There definitely are certain foods that get contaminated more by certain species. When there’s mold growing on bread or citrus fruit, it’s most likely to be some species of Penicillium mold. With corn, it’s often Aspergillus flavus. So there is some bias in terms of what grows on what.

Given all that: What’s going on with this jam?
If we had a sample of it, we could identify it really quickly by looking at its genetics. I’ve seen that type of mold before — it grows in this really thick layer — but I’m really bad at fungal taxonomy.

And the food underneath is safe if you just … scrape it off?
That was a little concerning to me. I don’t think I’d ever scrape mold off of jam. They grow in this vegetative state; they look kind of like roots or branches. They’re called hyphae. And sometimes those are microscopic. The whole network is called mycelium. You can’t see it, but those hyphae still might be producing toxins. So if you scrape off the top layer, that’s getting a lot of that stuff away — but the fungus still might be present lower than that. Even scraping the top layer off, the toxins can penetrate throughout the jam. And some mycotoxins can maintain boiling temperatures. Boiling would kill the organism, for sure, but not the toxins.

But there are foods where you can just cut off the moldy bit, right? You hear that about some cheeses — you just give them a trim and they’re good to go.
Yeah, they do say that with hard cheeses for some reason. And to be honest, I’m not sure the reason why. But they do say that if you cut like, an inch around the perimeter of a moldy piece of cheese, it’s usually fine. The USDA has a whole list of foods and what to do if you find mold on them. For jellies and jams, they just say discard them.

You’re a mold scientist. When you open your refrigerator and something is a little fuzzy, what do you do?
Because I study this stuff, and I’ve seen some of the really bad effects of different toxins, I don’t really take chances with it. That being said, fungal-fermented foods are some of my favorite foods — I just don’t trust it happening spontaneously.


By submitting your email, you agree to our Terms and Privacy Notice and to receive email correspondence from us.