“At the height of the pandemic, Michael had this brilliant idea to donate a painting to every single employee at a hospital, specifically in New York, because New York was fighting it the hardest,” Eli Bronner, Gittes’ manager and dealer, told CNN.

Gittes enlisted Bronner to help him find the perfect hospital for the donation.

Based on Gittes’ specifications, it had to be a non-profit hospital in an underserved community, with an intensive care unit treating coronavirus patients. It had to be small enough for Gittes to be able to paint a unique, original painting for every single staff member, from the doctors and administrators to the janitors, security guards and cafeteria workers, Bronner said.

They decided that Interfaith Medical Center in Brooklyn’s Bedford-Stuyvesant neighborhood would be the perfect fit for the project. 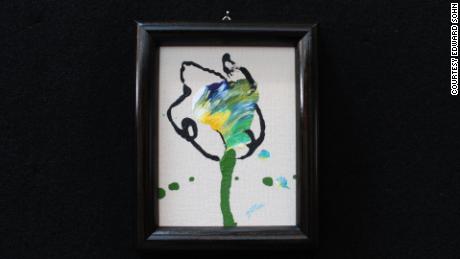 At the peak of the coronavirus contagion in New York, Interfaith Medical Center was about 90% occupied by patients suffering from coronavirus, hospital CEO LaRay Brown told CNN.

“On April 12, we had 136 patients with Covid-related illnesses,” Brown said. “We were essentially a Covid hospital.”

The framing and shipment of the paintings across the continent was made possible through funds raised from collectors, according to Bronner. The paintings arrived in Brooklyn on Monday in 40 boxes, and were distributed on Thursday, Brown told CNN.

The hospital community had been informed of the initiative and could preview the paintings in a video that was sent to them.

“When they actually got to touch and see the paintings, it was like Christmas,” Interfaith chief financial officer Tracy Green told CNN.

“They just felt like … they’ve been working tirelessly the last couple of months and for someone to see that, and just give them a gift, they were just so happy,” Green said.

“These flowers are from everyone”

According to Bronner, Gittes wanted to fight the feeling of helplessness caused by the pandemic, and use his art to pay homage to health care workers.

The project, titled “Strangers to No One,” is meant to tell the frontline workers that they are loved by the artist and by the world, as they fight this difficult war against the coronavirus. 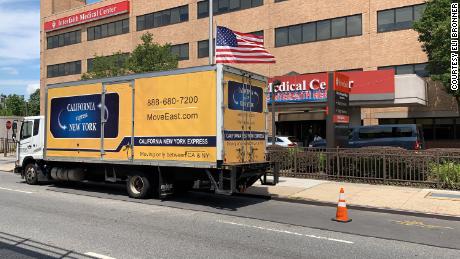 “You’re loved by millions of people you’ll never meet. You’re not a stranger to anyone. And these flowers are from everyone,” Bronner relayed from Gittes.

The acrylic paintings were created using syringes, drawing a connection between the artist and the hospital workers.

“In both cases, they are employing a syringe to help others heal,” Bronner told CNN.

Gittes painted a flower for each hospital worker because the workers are themselves like flowers in a garden, supporting all aspects of life, Bronner explained.

By sending art into their homes, Gittes wants to offer them “a moment of peace from the madness,” Bronner said. 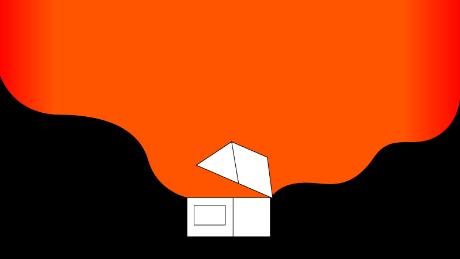 “I think a lot of people don’t realize how mental and physical and emotional this pandemic has been, not only to our medical workers and hospital workers, but to their families,” Bronner said.

CEO Brown told CNN she can relate to that feeling.

“Most of us were working seven days a week, 18 hours a day,” Brown said.

“We’re all dealing with the fact that we’re wanting to be cautious and protect our families, and dealing with our personal losses.”

When first approached about Gittes’ intention to donate paintings to each of the workers at Interfaith, Brown said her reaction was skepticism. After all, Gittes is based in Los Angeles and has no connection to Brooklyn.

“It was almost, sort of like, why?” Brown told CNN.

The more the project was discussed, the more Gittes’ intentions “really moved all of us,” Brown said. 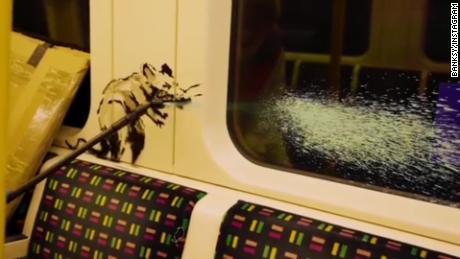 The analogy between the hospital workers and a garden sustaining life really spoke to the staff of the hospital, Brown told CNN. It acknowledges the role not only of the doctors and nurses fighting the virus every day, but also the employees in other departments whose supporting role keeps the hospital operating.

“When you’re not on the frontline and you’re doing payroll so the nurses can get paid, or you’re just paying bills so that we can get our PPE … they felt so good that they were seen for what they were doing,” said Green, the hospital’s chief financial officer.

‘There’s no magic bullet yet’

As hospitalization numbers in New York state continue to drop, on Friday, the number of patients with Covid-related conditions at Interfaith had gone down to 19.

“Thankfully, we can all breathe a little easier now,” Brown said.

But in the spring, the situation was much different.

To help quantify the strain put by the coronavirus on the hospital, Interfaith’s chief operations officer Charles Bove said that the number of “e-cylinder” portable oxygen tanks used daily went from 88 to more than 200.

The pandemic also lengthened the amount of time patients were in the hospital, which essentially doubled from an average of about five days to about 10 days, Green told CNN.

The hospital is gearing up for a resurgence of cases in the fall and Brown said the staff want people to understand the importance of recommendations like wearing a mask and practicing social distancing.

“If they had seen young people coming in with minor symptoms, and within hours, suddenly not being able to breathe, and within minutes of that, having to be put on intubation, and some people dying, they would not be that irresponsible,” Brown said, emphasizing her concern that people will become complacent throughout the summer.

“The least you can do is wear a mask, social distancing, washing your hands,” Brown told CNN.

While the pharmaceutical industry races to find a vaccine and strides are being made in treating the virus, Brown said people should use the tools that are proving effective.

“There’s no magic bullet yet,” she said.