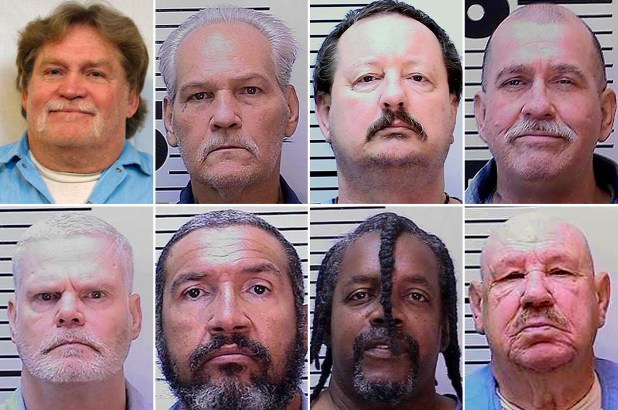 More than a dozen inmates have died at California’s San Quentin State Prison — including eight on death row — since June from COVID-19,  the state’s corrections department said this week.

Convicted murderer John Beames, 67, was the latest inmate to die from complications due to the coronavirus, the California Department of Corrections and Rehabilitation said in a release Wednesday.

Beames, who died Tuesday, had been on death row since November 1995 after being found guilty of killing a 15-month-old child, according to CNN.

The murderer’s conviction and sentence were upheld in 2007 by the state Supreme Court, which ruled Beames was at fault for hitting Cassie McMains so hard, her liver nearly split in half and she bled to death, a report from the Associated Press says.

California’s oldest prison has experienced one of the worst COVID-19 outbreaks — with the facility reporting 868 current cases and 15 deaths, reports say.

Since the pandemic hit the prison, just under two-thirds of its 3,300 inmates have tested positive for the virus, according to reports.