Why do some people get extremely sick with COVID-19, while others suffer benign symptoms? Three key molecules appear to play a crucial role, new research revealed this week.

These key indicators, all found in the bloodstreams of severely ill patients, can be characterized as specific cytokines, or hormone-like molecules produced by the immune cells in the body that can regulate immune response. When overproduced, cytokines accelerate inflammation and can induce severe results.

Their scientific names won’t mean much to the average reader — EN-RAGE, TNFSF14 and oncostatin-M — but researchers at Stanford University School of Medicine, in concert with others in Atlanta and Hong Kong, believe these specific molecules could help illuminate exactly what happens in the body’s immune system when it is fighting COVID-19.

“One of the great mysteries of COVID-19 infections has been that some people develop severe disease, while others seem to recover quickly,” said Bali Pulendran, the study’s senior author and Stanford professor of pathology, microbiology, and immunology. “Now we have some insights into why that happens.”

The study, published in the journal Science on Tuesday, looked at the immune system responses of 76 COVID-19 patients and 69 noninfected people from the Princess Margaret Hospital at Hong Kong University and the Hope Clinic at Emory University in Atlanta.

When an infection such as COVID-19 hits, the body’s innate immune system produces cytokines, which help the body fight the virus. When too many cytokines are produced, it causes the immune system to malfunction and start attacking the body, and that can create life-threatening symptoms. 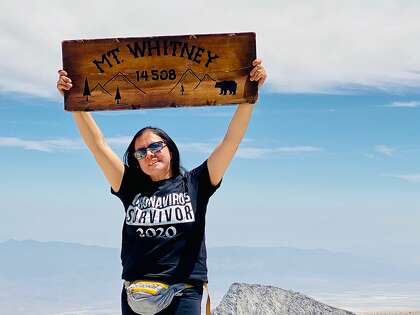 The three specific molecules found in high levels in the most severely sick patients were previously unidentified in COVID-19 patients, the Stanford study shows. Researchers are now testing therapeutic drugs that target these molecules as potential treatment. One drug that inhibits the activity of the molecule TNFSF14, also called LIGHT, is expected to reduce inflammation. It’s similar to the anti-inflammatory steroid dexamethasone, hailed for improving outcomes for extremely sick coronavirus patients, but is more targeted and could be more effective against one of the most abundantly produced molecules in those patients.

Pulendran and other Stanford researchers are conducting a study testing the drug on hamsters in September. If successful, they will test it on nonhuman primates, then people.

The study also found high levels of bacterial debris in the blood of extremely sick COVID-19 patients. The study authors believe these traveled from the lungs or gut to the bloodstream, showing the far-reaching effects of the infection. The scientists suspect debris contributes to the overproduction of the molecules found in very sick patients. They hope another study of the progression of the illness will reveal more.

The study’s authors found something else surprising: Even though there was rampant inflammation in the lungs of extremely sick patients, the innate immune systems in their blood were suppressed. Researchers want to study what this means for recovered COVID-19 patients, for instance whether they could be vulnerable to blood-borne infections.

While researchers now know more about what happens in the body’s immune system when someone gets severely sick with COVID-19, it’s not yet clear what causes that response. People with health conditions, such as diabetes, are more susceptible to worse outcomes, but how those risk factors affect the state of someone’s immune system hasn’t been thoroughly scientifically studied, Pulendran said. This study didn’t have a broad enough sample to evaluate the impact, he added.

Pulendran and colleagues, in collaboration with Emory researchers, are now enrolling hundreds of frontline health care workers without COVID-19 in a baseline study to collect blood samples every two weeks. If any participants get infected, researchers will study whether there was anything different in those patients’ immune systems that might have made them prone to developing more severe disease.

The study helps illuminate the sometimes baffling experiences of tens of thousands in the Bay Area infected with the virus. That includes a Sunnyvale family who all got COVID-19, with a hodgepodge of symptoms. 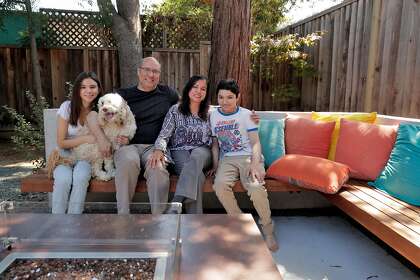 Connie Lares Ruspini, a medical interpreter at Lucile Packard Children’s Hospital Stanford, spent her birthday on April 7 checking her family’s temperatures and oxygen levels and listening to their lungs. Her daughter Natalia, 16, felt fatigued, her body ached, and she had trouble breathing. Her husband Diego was coughing, feverish and vomiting. Ruspini herself had joint pain, a mild fever and lost her appetite. The couple both had diarrhea. Her son Santiago, 12, didn’t have symptoms – except for eating three times what he normally would.

The family’s nanny, who had pre-existing conditions, including obesity, high blood pressure and diabetes, dropped to dangerously low oxygen levels and ended up in intensive care for about 10 days. Diego, who has asthma, also spent a week on oxygen in the hospital.

The entire family tested negative the first week of May. The nanny received oxygen at home for six weeks after her hospital stay and continues to have some trouble breathing, Ruspini said. Sometimes Diego is still tired and has tightness in his chest. In contrast, Ruspini, fully recovered, hiked Mount Whitney on Aug. 3.

“It was a tremendous scare in this family,” Ruspini said. “I would hope that people take this seriously … because it can be devastating. We’re lucky, despite having a household case and being ill, everyone made it through.”