A campaign to stop pregnancy-related deaths was recently launched by the Centers for Disease Control and Prevention (CDC). The “Hear Her” campaign brings awareness to pregnancy-related deaths while providing education and encouragement to pregnant and postpartum women. Health officials state that early recognition of warning symptoms and early diagnosis of life-threatening conditions can save lives.

Hear Her seeks to shed light on warning signs of potentially life-threatening conditions during pregnancy and the year after giving birth by featuring personal stories from women from different backgrounds who experienced severe pregnancy-related complications, according to a press release. The goal is to get women to speak up when they feel something is wrong and to encourage their support systems to listen and act when the expectant mother has concerns. Some of those warning signs are listed here on the CDC website.

“Listening and taking seriously the concerns of pregnant and postpartum women is a simple, yet powerful action that can save lives,” Wanda Barfield, director of CDC’s Division of Reproductive Health at the National Center for Chronic Disease Prevention and Health Promotion, stated on the website. “Women know their bodies and can often tell when something is not right. We hope Hear Her will help people recognize maternal warning signs and quickly get the care women need.” 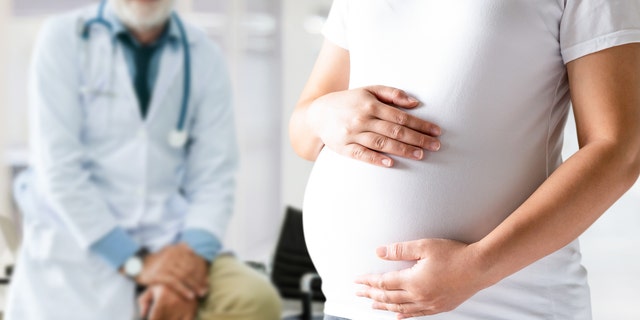 “Pregnancy and childbirth should not place a mother’s life in jeopardy, yet in far too many instances, women are dying from complications,” CDC Director Robert R. Redfield, MD stated in the news release.
(iStock)

MARIJUANA USE DURING PREGNANCY ASSOCIATED WITH AUTISM IN BABIES, STUDY FINDS

The CDC said on its website that nearly 700 women die each year in the United States as a result of complications due to pregnancy. Black women and American Indian/Alaska Native women are two to three times more likely to die from a pregnancy-related issue than white women and 2 out of 3 of these deaths can be prevented, the federal agency stated.

“Pregnancy and childbirth should not place a mother’s life in jeopardy, yet in far too many instances, women are dying from complications,” CDC Director Robert R. Redfield stated in the news release. “This seminal campaign is intended to disrupt the too-familiar pattern of preventable maternal mortality and encourage everyone in a woman’s life to be attentive and supportive of her health during this important time.”

Health officials encourage pregnant women or those who were pregnant within the last year and feel something is not right, to have a conversation with their health care provider, and if an expectant mother or postpartum mother notices one of the urgent maternal warning signs, to seek immediate medical care and continue to share their concerns until they feel they are heard and their questions are addressed.

Dr. Maureen G. Phipps, the executive officer of the American College of Obstetricians and Gynecologists, told Fox News the Hear Her campaign will not only empower women but it will encourage those supporting them to be more attentive.

“It encourages clinicians, including obstetrician-gynecologists, to make sure that they listen,” Phips added. “The maternal mortality crisis requires collaboration from everyone – and that means making our patients a valued voice in every conversation: throughout the prenatal period, during labor and delivery, and in the year after birth. As obstetrician-gynecologists, our goal is to provide patient-centered respectful care and for every birth to result in a healthy mom and a healthy baby, and listening to our patients is critical to achieving this goal.”