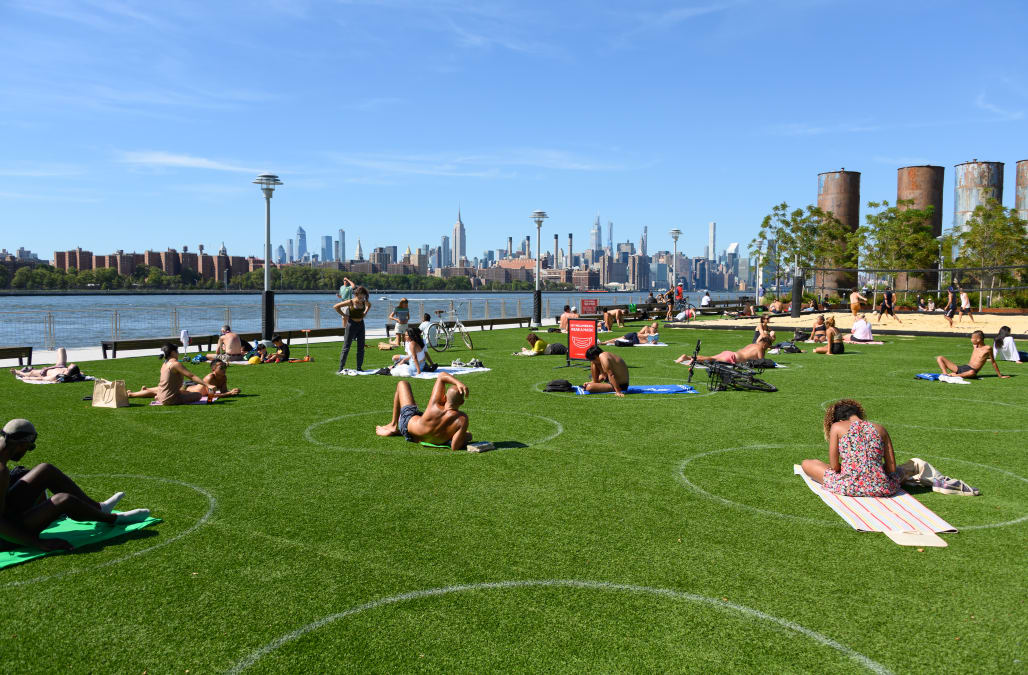 NEW YORK, Aug 21 (Reuters) – New York City, once an epicenter of the novel coronavirus outbreak, has managed to contain the virus as it reopens, but faces risks of an uptick in cases in the fall, public health experts told Reuters.

The city’s success comes from a mix of high rates of compliance with local and federal public health guidance and also substantial immunity among the general population, a result of the severity of the outbreak in March and April, according to public health experts based in New York City.

“There was an alignment in New York with the state government, the healthcare system and the media on what to do – namely, lock everything down,” said Mark Jarrett, chief quality officer at Northwell Health. “The lockdown didn’t please everyone but was really well accepted.”

That contrasts with other parts of the country, where political opposition to mask wearing and lockdowns is more widespread, Jarrett added.

The rate of contagion also declined more quickly because the initial outbreak left between 25% and 50% of New Yorkers with some level of immunity, said Maria Lima, associate dean for research at the City University of New York School of Medicine.

New York is at risk for an uptick in cases as schools reopen and cold weather pushes more people indoors, the experts said.

“The big challenge is schools reopening, recreating that density anew,” which had been reduced by social distancing, said Troy Tassier, a professor of economics at Fordham University who specializes in epidemiology.

After peaking in early April at a seven day average of more than 5,000 cases per day, New York City has reduced its daily case count to an average of less than 200, according to city data.

The percentage of people tested who turned out to have the virus declined from around 70% in late March to less than 1%, and confirmed deaths have declined from over 500 per day in April to the low single digits.

The United States as a whole continues to struggle to contain the virus, clocking upwards of 45,000 cases per day. Total cases have surpassed 5.5 million and more than 170,000 people have died. (Reporting by Carl O’Donnell in New York; Editing by Daniel Wallis)