Researchers from Harvard University found that 20% of 104 grocery workers tested positive at a store in Massachusetts, and most of them had no symptoms when tested. This infection rate was “significantly higher than the surrounding communities,” study authors wrote. 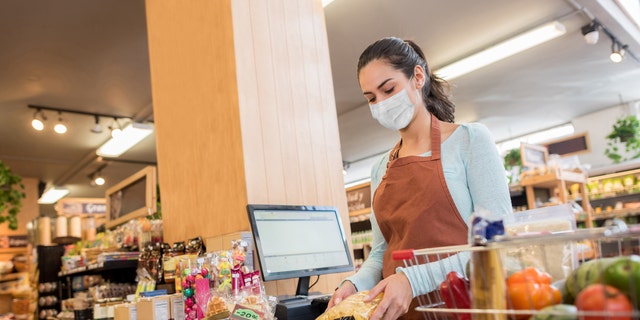 Also, those who directly interacted with customers were five times more likely to test positive.

“We did the study because a lot of emphasis during the initial months of COVID were put on healthcare workers, but not other essential workers,” Dr. Justin Yang, one of the study authors and assistant professor at Boston University School of Medicine and researcher at Harvard TH Chan School of Public Health, wrote to Fox News in an emailed statement.

“I think there’s always a concern when one has close contact with someone else, such as in the instance of interacting with a sales clerk/ cashier in a store,” Yang added. “Therefore, physical barriers (plexiglass) and wearing a mask would greatly reduce that risk of contracting SARS-CoV-2.”

The toll on these essential workers reaches further, however, sometimes harming their mental health. Researchers said workers who weren’t able to consistently social distance while on the job had a higher risk for anxiety or depression.

Those who commuted to work on foot, bike or private cars were less likely to be depressed, as opposed to workers commuting on public transportation or shared rides. 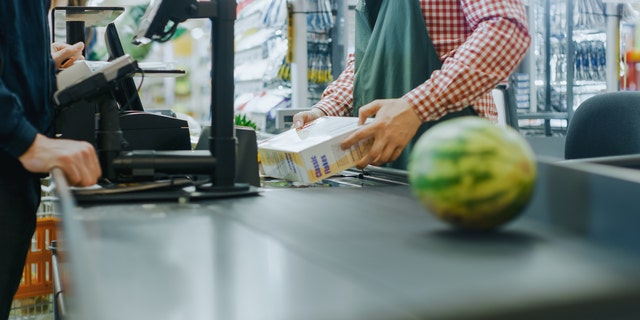 Workers who directly interacted with customers were five times more likely to test positive, per the study. (iStock)

Study authors also said their findings reinforce observations from a study out of China, which found a 9.2% infection rate among supermarket workers.

The authors said their findings “supports the policy recommendations that employers and government officials should take actions on implementing preventive strategies and administrative arrangements, such as methods to reduce interpersonal contact, repeat and routine SARS-CoV-2 employee testing, to ensure the health and safety of essential workers.”