“America appears to be done with the pandemic,” Dr. Michael Osterholm, director for the Center for Infectious Disease Research and Policy at the University of Minnesota, said Monday evening. “The virus is not done with us.”

More than 15,000 cases of the B.1.1.7 coronavirus variant, which also appears to be more deadly, have been reported in the US. While the US races to get Americans vaccinated in time, many experts are asking the public to hold onto precautions for just a little while longer.

“We are not going to have enough vaccines, the way we are going, into the arms of enough Americans over the course of the next six to 10 weeks with this surge that we are going to stop it,” Osterholm told CNN’s Erin Burnett. “It’s just simply not going to happen.”

And though the US is vaccinating nearly five times faster than the global average, with 40% of adults having received at least one shot, lower income countries with limited vaccine access could become a site for variants to spin out of control, Osterholm said.

Fortunately, the US has conditions that could help combat another surge: increased vaccination rates, a significant percentage of the population having already been infected and warming weather, Dr. Paul Offit, a member of the FDA Vaccines Advisory Committee, said Monday.

President Joe Biden plans to announce Tuesday that he is moving up his deadline for states to make all American adults eligible for a coronavirus vaccine to April 19, instead of the previous May 1 goal, according to an administration official.

By Monday night, most states already had planned to open eligibility to everyone 16 and older by April 19. One of the few remaining states that hadn’t, Oregon, said Tuesday it would do so on April 19.

The White House had said Monday that there will be enough vaccines for all Americans by the end of next month, and some states have begun making plans for a return to normalcy.

In Washington, DC, Mayor Muriel Bowser is calling for residents to get vaccinated as soon as they have the chance. She is also loosening many restrictions beginning May 1, including allowing seated live entertainment indoors at 25% capacity, and recreation centers, libraries, museums and galleries and non-essential retail will be able to operate with 50% capacity indoors or outdoors. 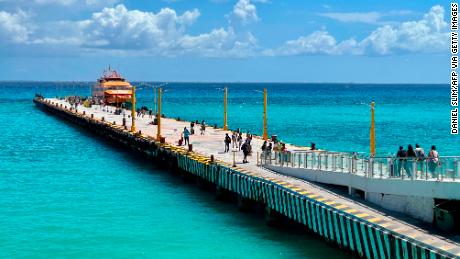 “We know that we can expect to see some increases in cases this month, but with vaccinations and continued safeguards we expect that later in the spring that those cases will come down,” the mayor said Monday, before reminding residents to “get vaccinated as soon as you have the opportunity.”

Bowser is one of many local and state leaders to ease restrictions, though holding on to precautions is still a crucial part of the fight against the virus, Dr. Ashish Jha, Dean of Brown University School of Public Health, told CNN’s Wolf Blitzer on Monday.

“We’re not there yet and the variants make it particularly concerning,” Jha said. “We really do have to hunker down for a few more weeks. We are very close to the finish line but we can’t stop yet.”

The daily rate of new coronavirus cases generally rose over the last four weeks, and part of that is due to the spread of highly transmissible variants like B.1.1.7, Dr. Rochelle Walensky, director of the US Centers for Disease Control and Prevention, said this week.
The US has averaged more than 64,600 new coronavirus cases a day over the last week — slightly lower than the previous week, but still about 17% higher than two weeks ago, and 12% higher than four weeks ago, according to data from Johns Hopkins University. 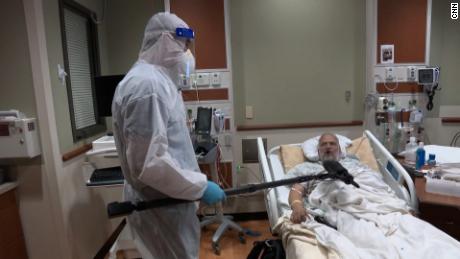 Cases have particularly jumped in Michigan: The state Monday reported its highest daily case count since November, with more than 11,000, according to Johns Hopkins. Just eight weeks ago, cases were as low as 563 in a day.

And across the state, at least 81 new clusters have been reported in K-12 schools, according to data released by the Michigan Department of Health and Human Services on Monday.

In Ohio, a rise in the positivity rate has sent the state to a “back to basics, common sense” order on Covid-19 prevention, Gov. Mike DeWine said.

The new, “simplified” order, which should be ready for signing by the end of Monday, includes wearing masks at most indoor locations, avoiding congregating in groups larger than 10 people and maintaining social distancing.

“It truly, truly is a race,” DeWine said. “These are the things that we need to do as we move forward.”

With the threat of another possible surge, health experts are debating whether to maintain the current vaccination schedule or delay second doses to ensure more Americans receive their first dose quickly.

“Right now with the surge that’s about to occur, this is what we want to do right now is get as many people protected as we can so they don’t get severe illnesses, hospitalizations and death,” Osterholm said.

The decision to focus on first doses may depend on supply, Dr. Kent Sepkowitz, an infectious disease specialist at Memorial Sloan Kettering, told CNN on Monday.

“If the stockpile is running low, then yeah, I think we ought to optimize ‘pretty good’ vaccination for more people than ‘super-duper’ protection for fewer,” Sepkowitz said.

Although a single dose does provide protection against the virus, it is still unclear how long that protection lasts, Dr. Anthony Fauci, director of the National Institute of Allergy and Infectious Diseases, told CNN’s Elizabeth Cohen Monday.

And considering the spreading variants may diminish the effectiveness of vaccines, “you’re in a tenuous zone if you don’t have the full impact,” Fauci said.

“So there is some merit to the arguments that are made,” Fauci said. “But right now, given the number of vaccines we’re able to give every day, literally every day that goes by, we get closer and closer to where we want to be.”